The name “Taisya” means "beloved by all." 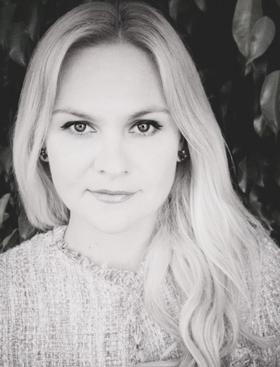 At an early age, Taisya began to show an interest in music and stage performance. From her first school talent show to the world of Theater and Television, she has transformed her talent into a thriving career. Taisya has acted in over a dozen TV shows in various categories, including drama, detective, science-fiction, thriller, and comedy.
She sings in three languages: Russian, Hebrew, and English. Taisya possesses a “mezzo-soprano” vocal range that spans more than three octaves.  She redefines her image constantly by embracing other styles of music like pop ballads, gospel, dance music, country, and even rock.
Gospel music has always been a major influence in her life. Taisya sang with her church choir and would often lead the congregation as a featured soloist. Moreover, she frequently attended prayer sessions that would last all night long. Her energy and ability to perform on stage in front of major audiences stems from her faith in God and her authentic nature to have always lead a clean, sober lifestyle.
Taisya was the lead singer of a Jewish band called "Zion Praise.” The band mostly released songs in Russian in Hebrew English; however, she continued to record several Jewish songs in English.
She organized musicians into a group that performed traditional music and dancing. Her energetic interpretation of songs along with her uninhibited choreography, including some from Jewish sources, has made her enormously popular, and sometimes controversial. She has even staged several of her own concerts, personally.
Ambitiously driven, she is known for writing autobiographical compositions that embrace female empowerment.